Gain access to our selection of exclusive offers, events and competitions. New members enjoy 10% off their next purchase.

3 MINUTE READ
Four watch-series telling each a specific story
about its origin and its wearer.

Fromanteel Watches’ collection today can be divided into several series, of which the most widely known ones are the Generations Series, Globetrotter Series, Amsterdam Series and various Special Projects.

The Generations Series boasts popular models such as the timeless Day Date White, or the fully automatic Pendulum Original. In the Globetrotter Series you will find the Moonphase White, a long time favorite among consumers. And the Amsterdam Series houses the elegant Chrono Nautique White.

Some of our most prominent Special Edition timepieces are the several Rally-inspired watches, which were made for the annual Tulpenrallye, as well as a collection of military-inspired pieces that were designed for the Dutch Armed Forces.

Then, finally, there are a few pieces that were made in the earlier years of Fromanteel Watches. Curious to find out which those were? Read on here.

It has been a decade since the very first Fromanteel watch came out. A lot of models have come and gone in those ten years. But you know what they say: it takes time to create quality, and we are proud of every bump in the road, every lesson and every timepiece that was produced. Through a passion for creating quality, we were able to keep growing year in and out.

The first two watches that were created after Fromanteel Watches was established were called the Day and Night. They were to be the first steps taken by founders Martijn van Hassel and Alfredo Silva. This was the start of an adventure that would not go without complications, but let’s be honest: no adventure worth the effort ever does. 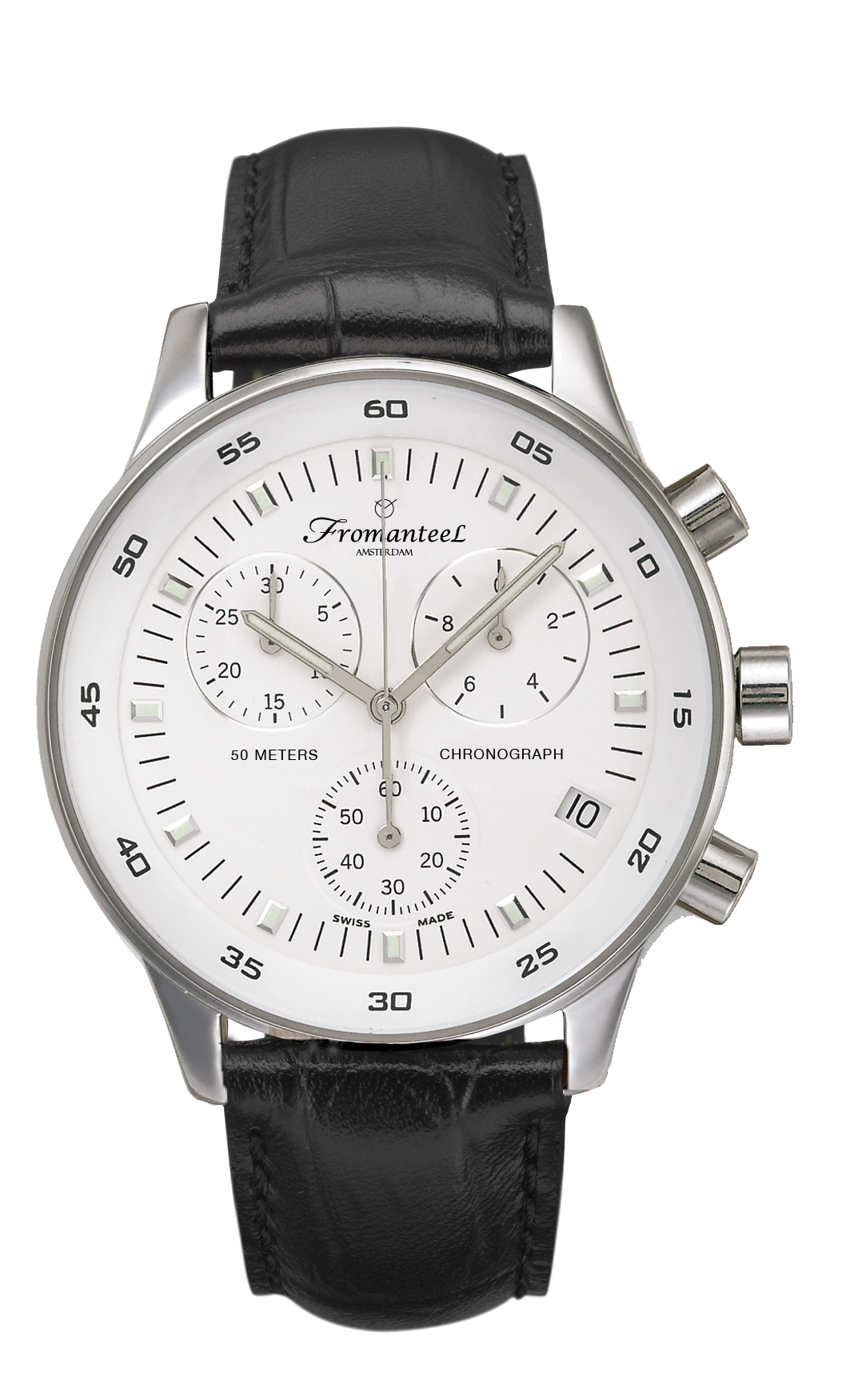 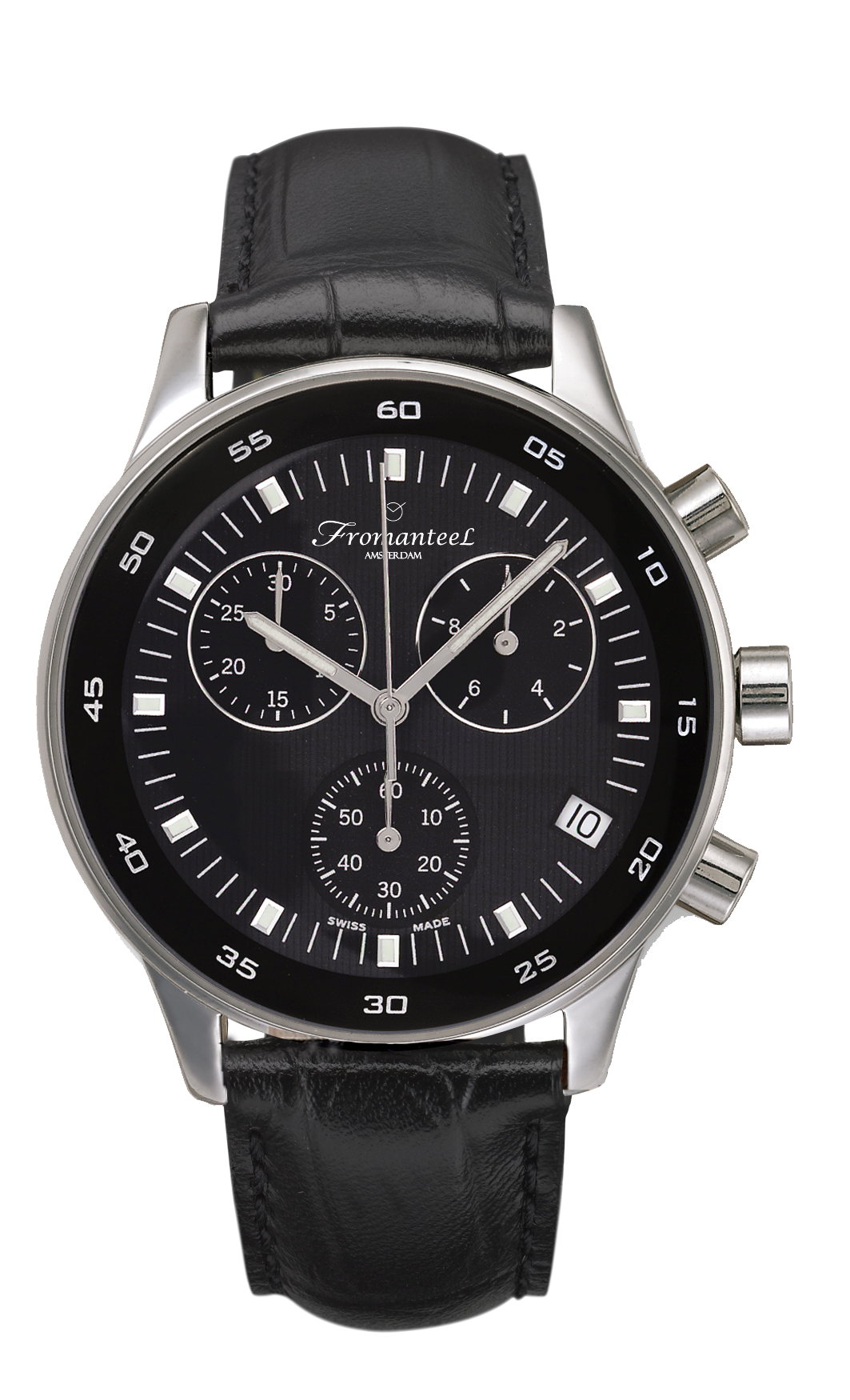 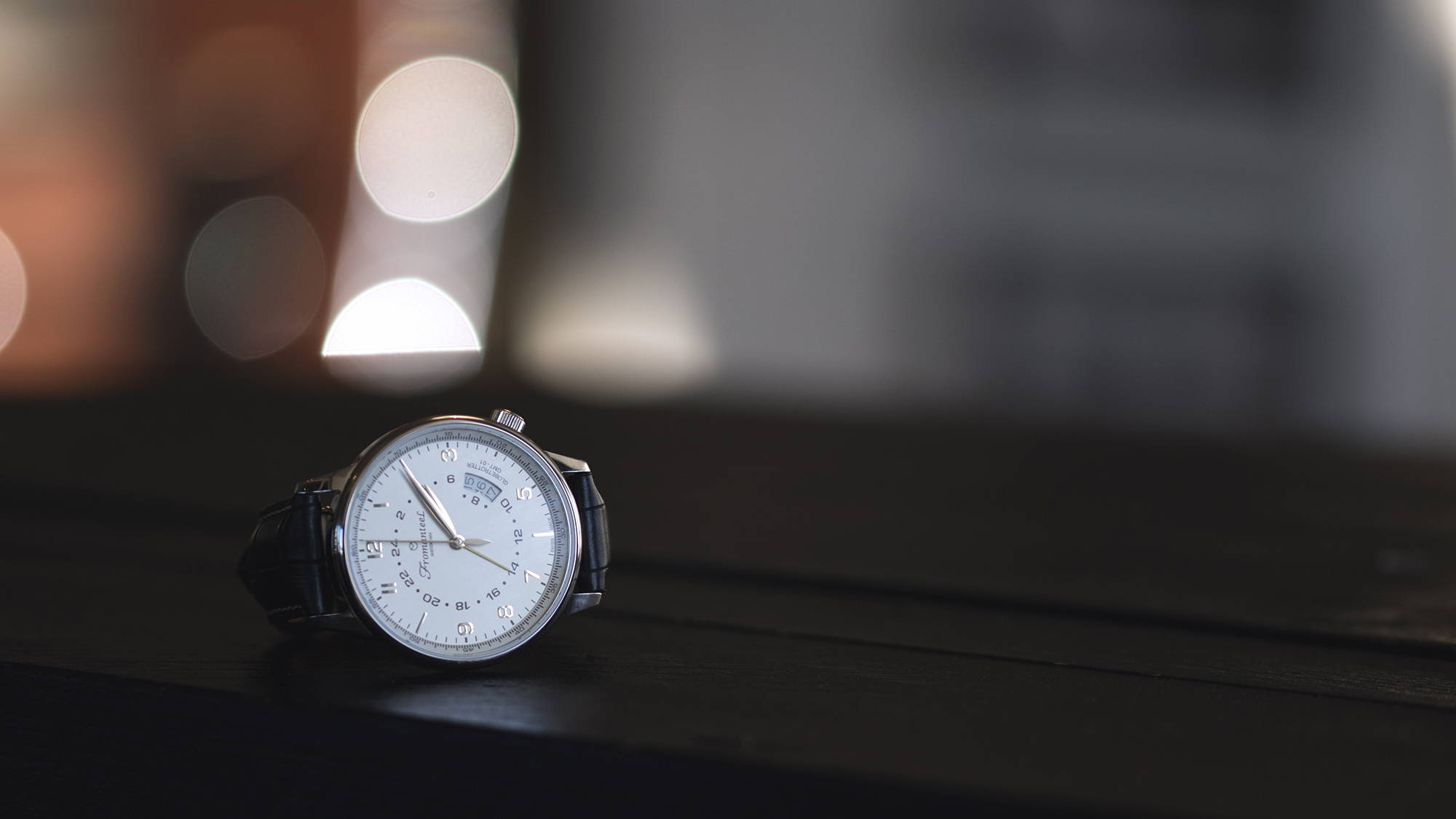 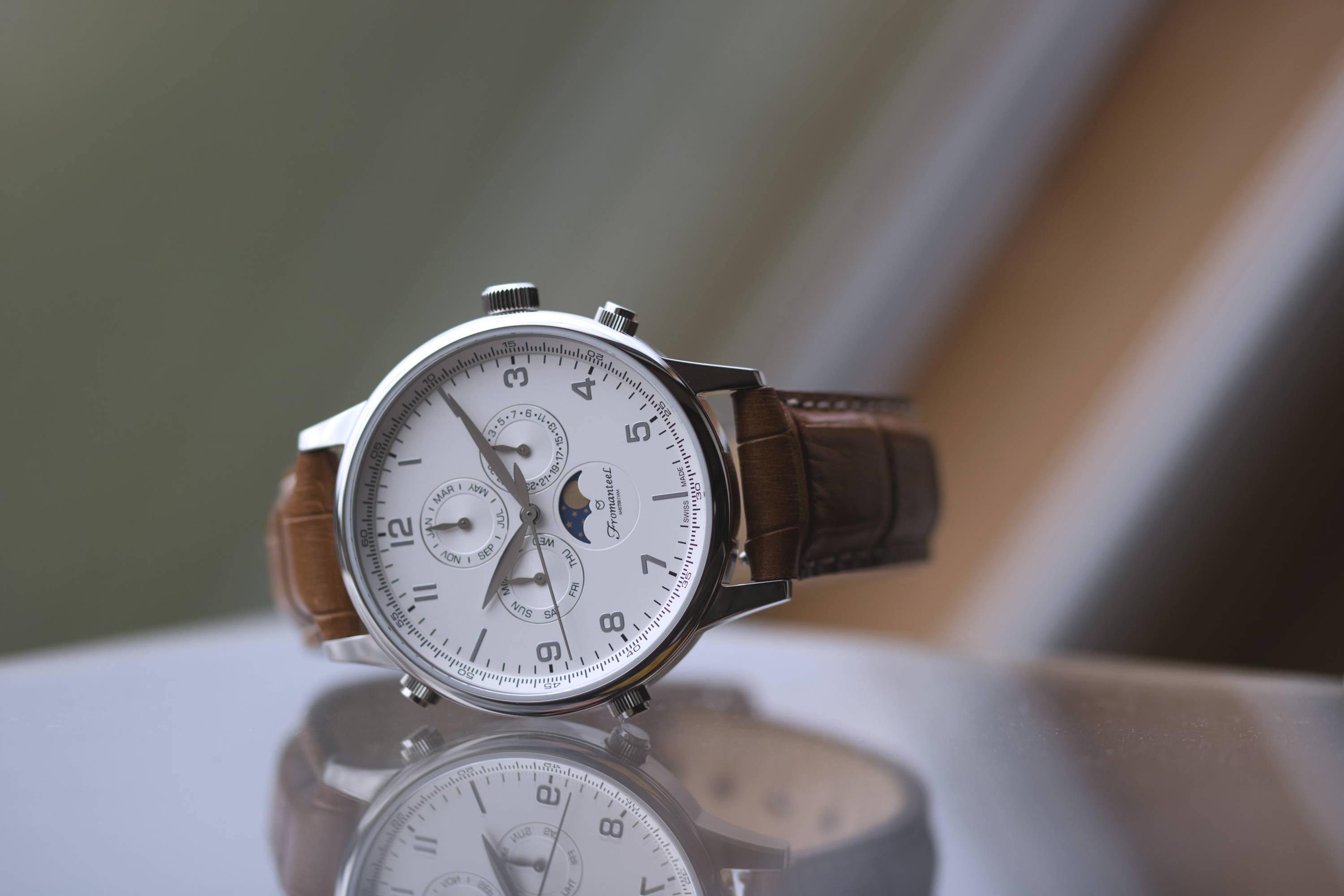 During the first couple years, Fromanteel searched for its identity. This process, however difficult it might have been at first, was a very defining moment in the history of our company. Anyone going through a period of growth will have to deal with growing pains, but it’s all worth the effort when you consider how you come out the other end.

In 2014 the now widely known and popular Generations Day Date White was announced, alongside the Big Day and the Twin Time. Additionally, the 5th Anniversary watch and the Amsterdam Series Nautique were also added.

A year later, in 2015, we designed and produced the first automatic watch in our collection: the Generations Pendulum Original (named after the pendulum mechanism). In that year we also introduced our Globetrotter Series Moonphase and the Amsterdam Series Chrono Nautique.

In the year that followed the Generations Series Chrono watches arrived. The available colors were White, Black, Blue and Brown. We ended 2016 with a very special announcement: the second automatic in the Fromanteel collection was announced: the Generations Pendulum Special Dark. 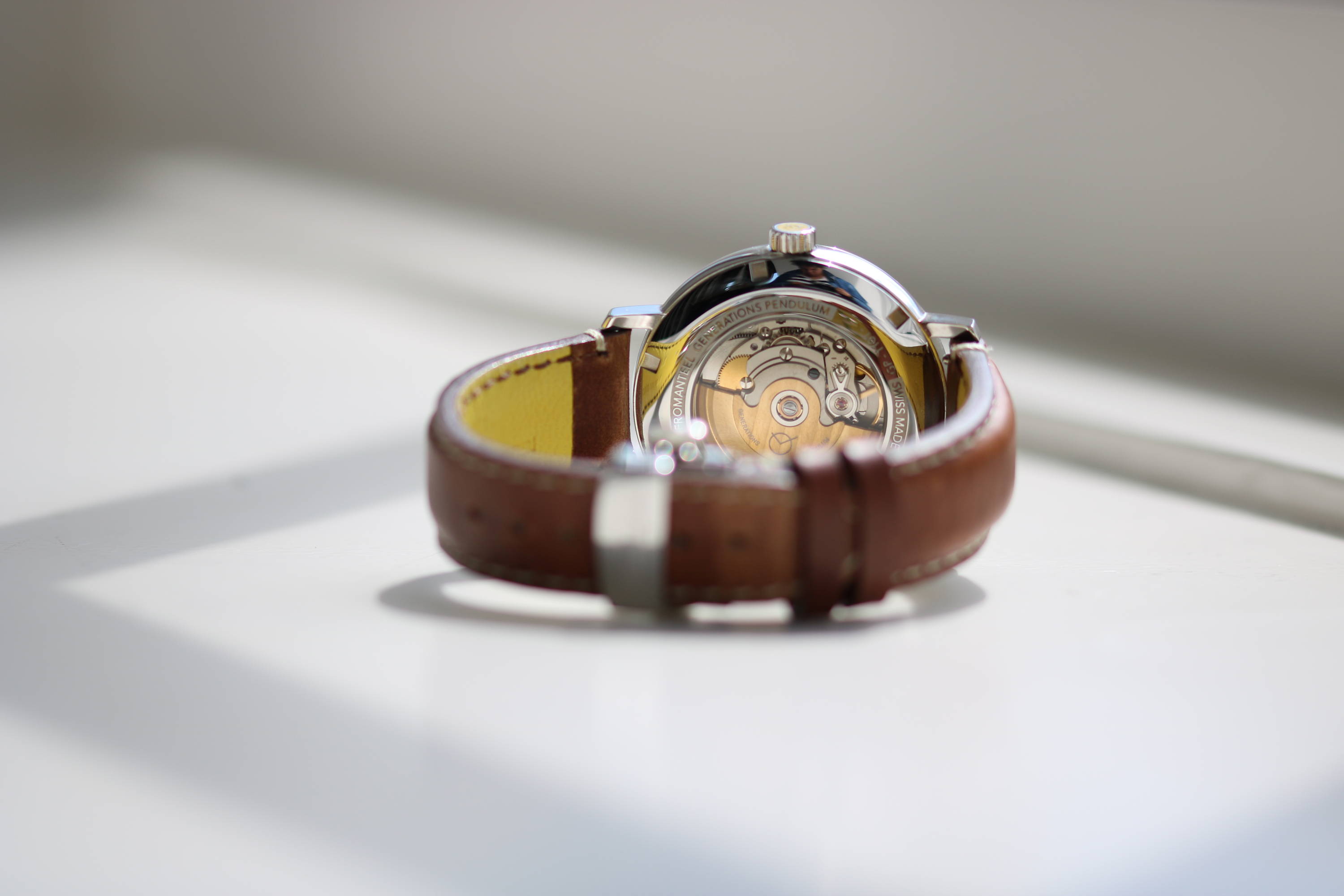 a peak into The Pendulum Original's mechanics 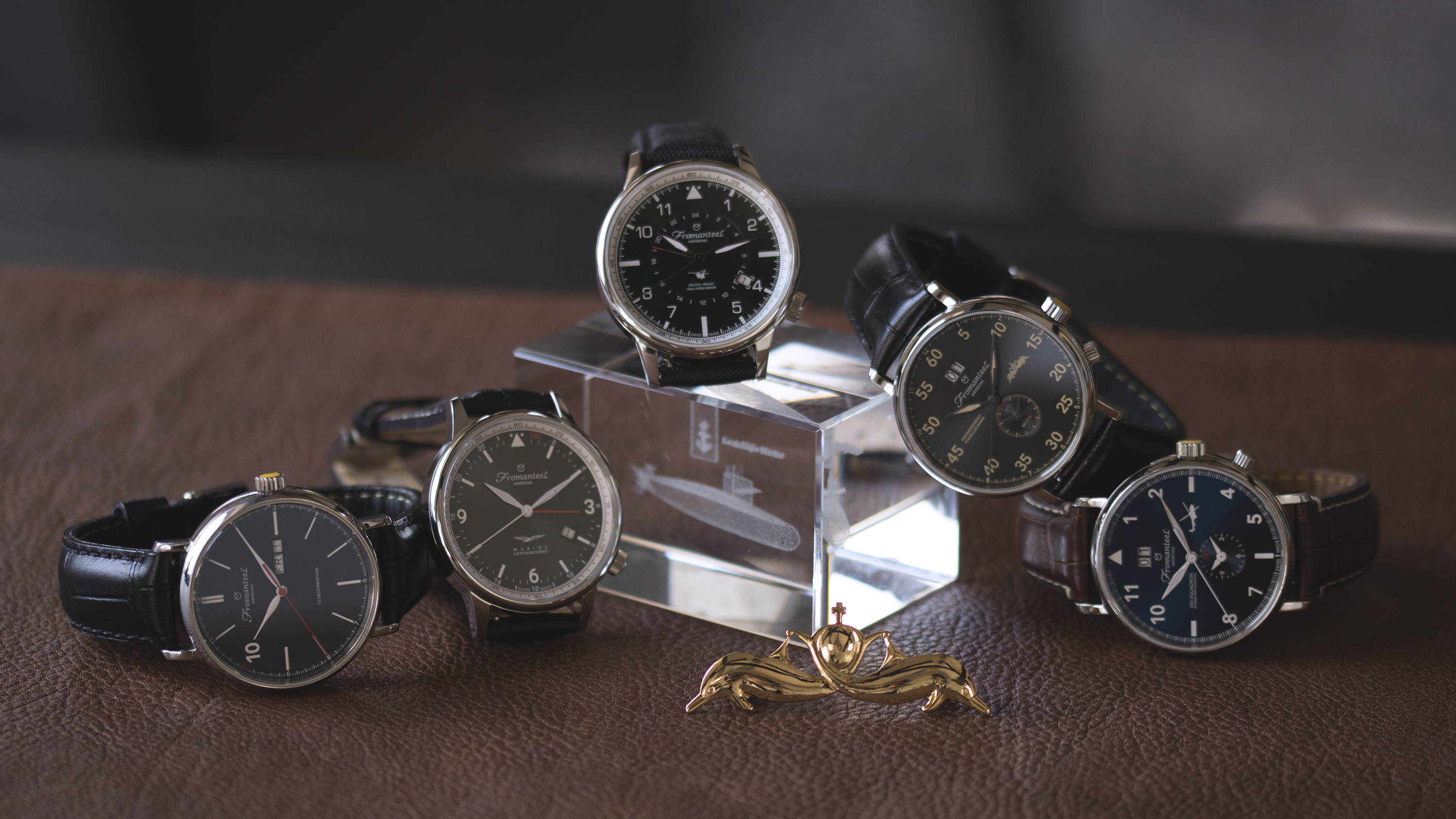 These limited edition productions did not stand in the way of our own, ever-growing collection. In 2017, amidst all the unique productions, Fromanteel added a new flavor to their watches. The Fromanteel Generations Series Chrono Green was announced became an instant hit. 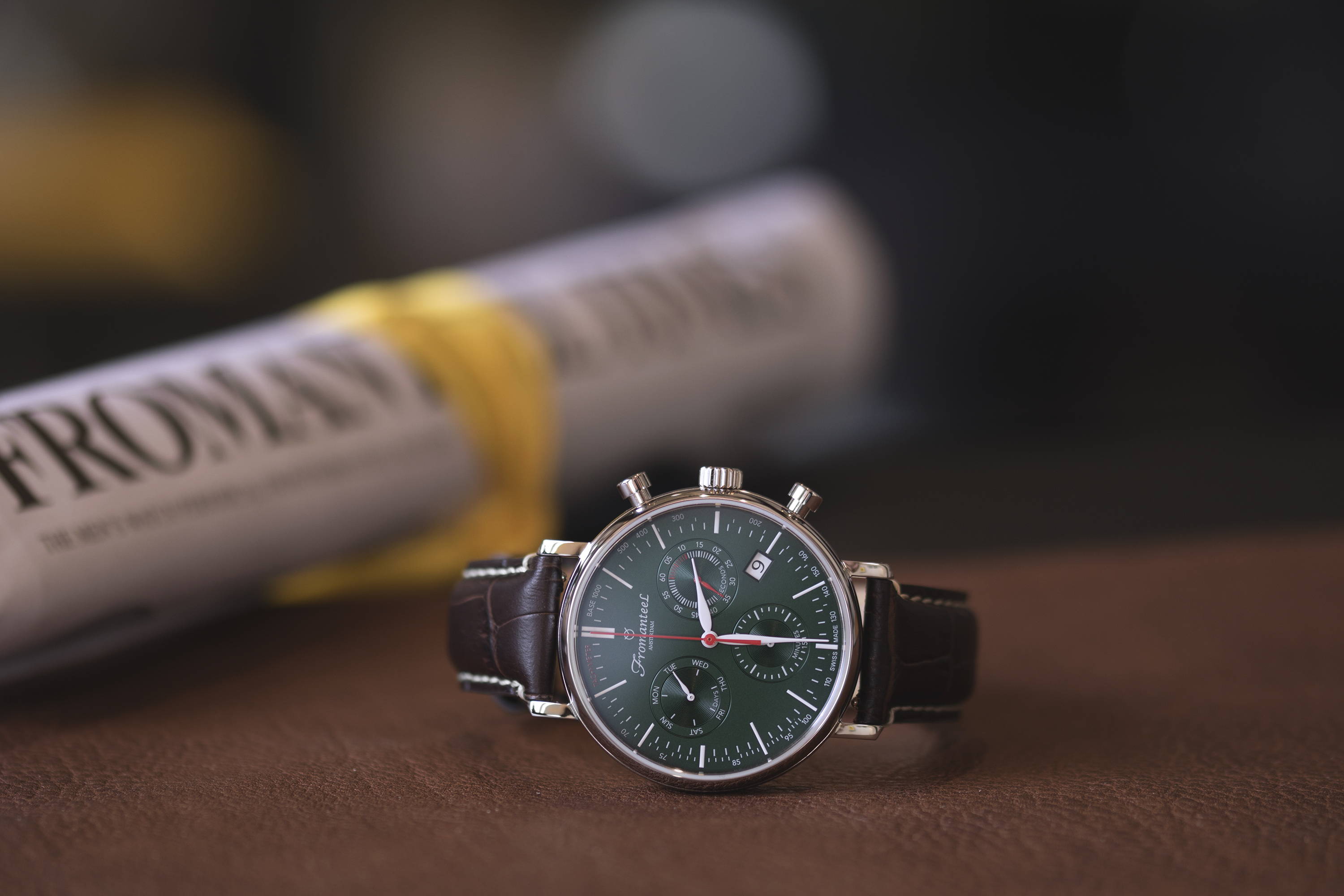 Not much later, in 2018, Fromanteel released the third automatic, the Generations Pendulum Blue, and started a pre-order campaign for the upcoming fourth: The Pendulum Traveler. 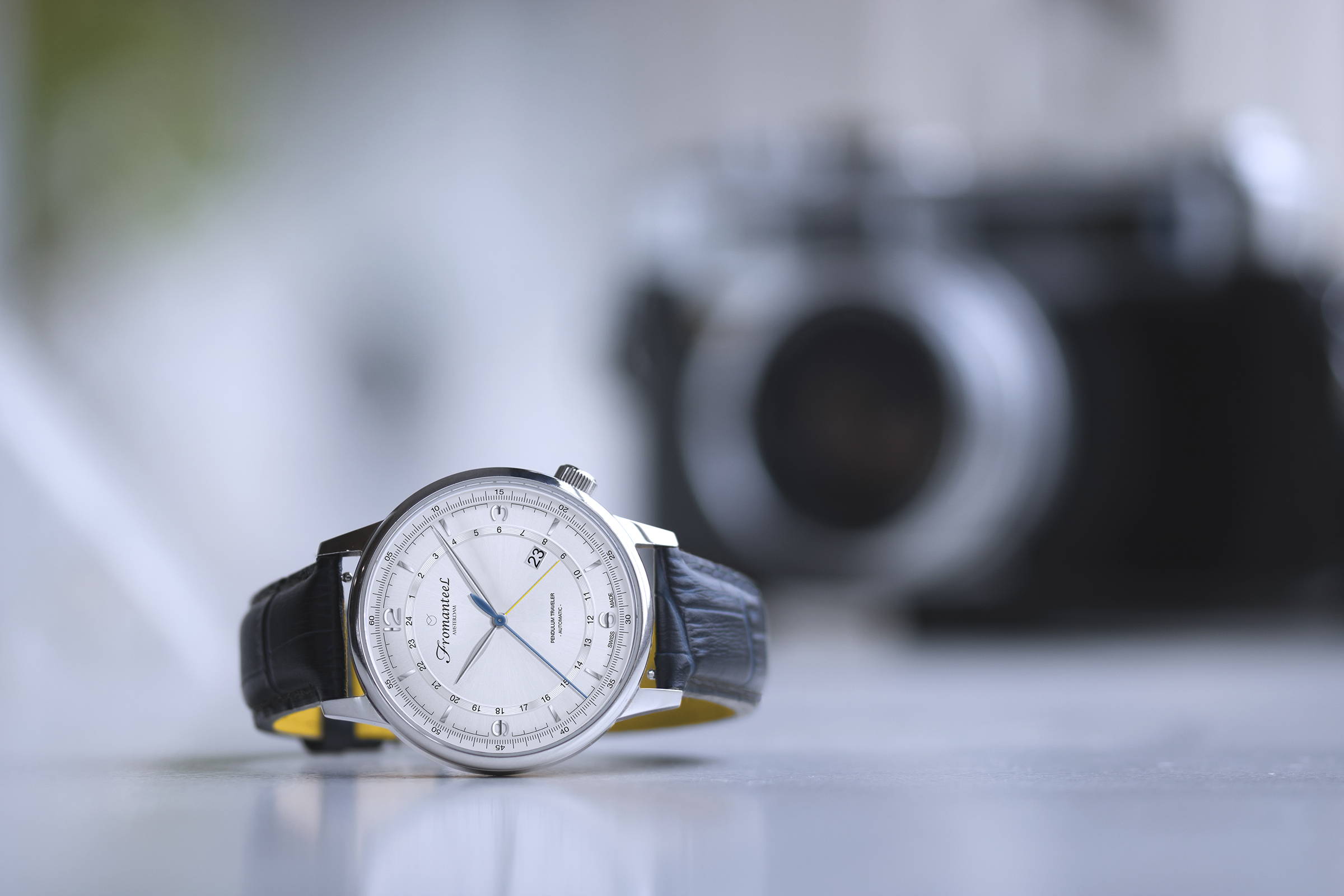 The Pendulum Traveler offers two time zones at one glance 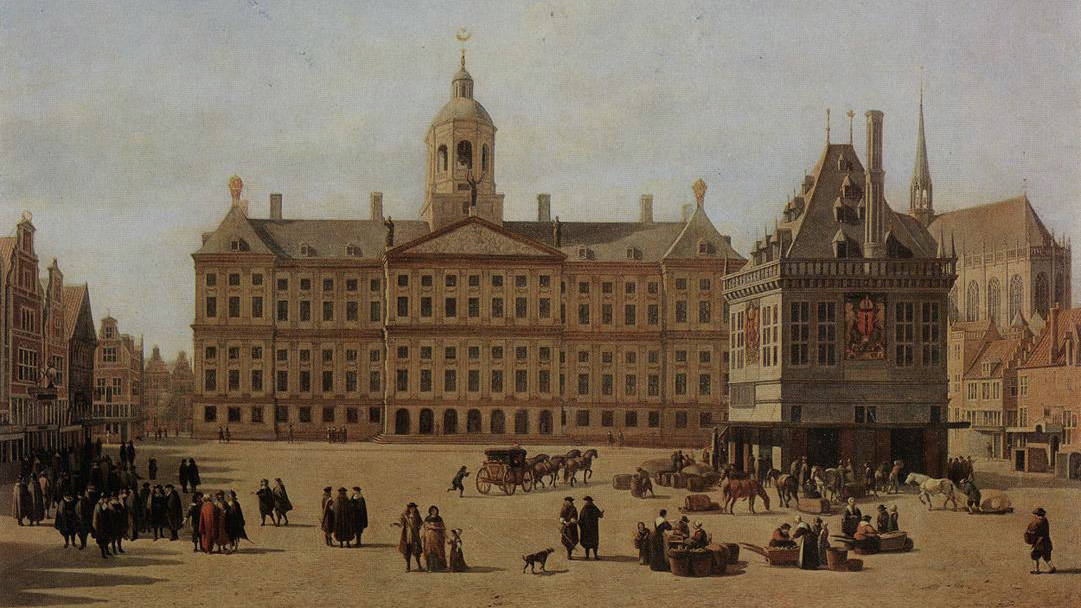 To understand what makes the modern day Fromanteel Watches tick, one has to first imagine life in 17th century Amsterdam. In that time, visitors would find many workshops on the Dam Square.
2 MINUTE READ 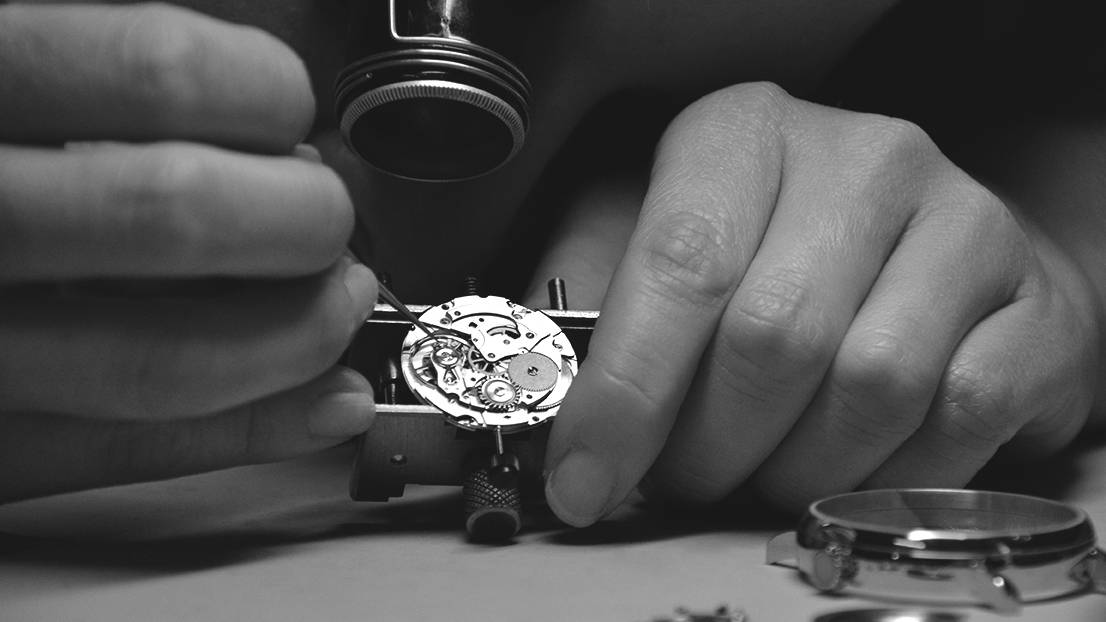 All of the watches in the extensive Fromanteel collection are assembled and produced in our Swiss Atelier, which can be found in the city of Bienne.
3 MINUTE READ 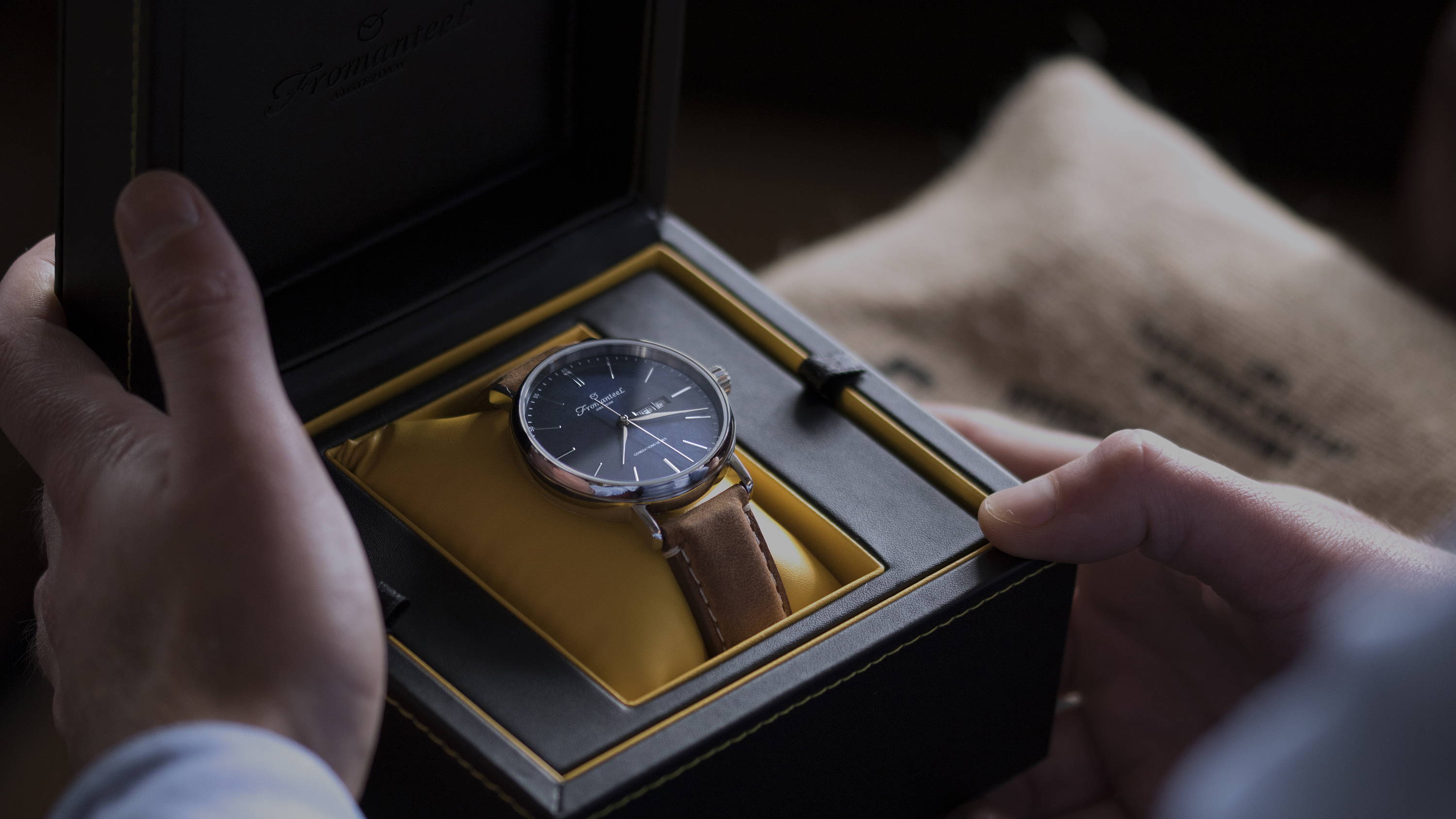 What does “Quality Time” mean to you? Is it teaching your children your trade and working together, side by side? Is it traveling the world with your best friend or your lover?
4 MINUTE READ